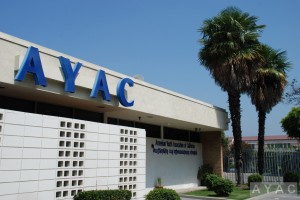 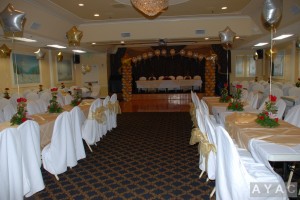 The Armenian Youth Association of California (AYAC) is a cultural non-profit corporation established to promote Armenian history and culture through cultural events and raise funds for carrying its financial needs.

AYAC was established in 1991by a small group of dedicated people with the purpose of having a non-profit cultural association, which would be a gathering place for people interested in the Armenian culture.

The idea of establishing such an association took birth when this group saw the encouragement they received from the community and the smashing success of the dance party fundraiser on January 6, 1990. Hence they started the work of establishing the association.

On August 10, 1991 and after months of contacts and communication with various groups and people, the founding members (names below) had their first meeting with 45 people attending as the new association’s membership body. The Meeting decided the founders should assume the responsibilities of the Board of Directors of the new association until time that official elections are held to elect a permanent Board.

On August 30, 1991 State of California “Corporation Division” officially gave its approval for the establishment of the association. The new Board rented a small place on Dryer Ave, in La Crescenta, Ca, as a center for the Association and work started in earnest to increase the membership and other cultural activities.

In 1993 with the membership reaching the 300, and the center becoming too small for the various activities of the association, the Board after receiving the blessing of general assembly started looking for a better and bigger place which they found on Glendale Ave. in Glendale.

The inauguration of this new location took place on January 24, 1993 with more than 200 members present for the occasion.

After staying two years in this new location the general assembly decided at an emergency meeting of the members to purchase the property on 1811 S. Glendale Ave. so that it may be a permanent center for the Association, and on May 18, 1996 and only Five years after its establishment the new center was inaugurated with great enthusiasm and a big celebration.

The purchase of the property became possible with the help and donations of the members and in particular the handsome amount donated by Mr. & Mrs. Tommy & Barbara Khachadurian.

In 2001, our Association’s 10th anniversary was met with many festive events and great celebration that included the participation of the majority of the members.

Today, the Association has membership body of about 400 persons, various committees (look below) work hand in hand with the Board to promote the well being of the Association as a cultural center for the Armenian Community.

The Association is located at 1811 S. Glendale Ave. in Glendale. The property encompasses of a hall for parties, seminars, lectures and various other activities and which can accommodate about 200 people, a kitchen serving food and beverages to the members on daily bases and catering for parties (more info), a Board of Directors room for meeting, a small hall for daily gathering of members, rest rooms, storage rooms and parking for member’s vehicles.

The founders of the Association are:

The various committees working inside the association are: